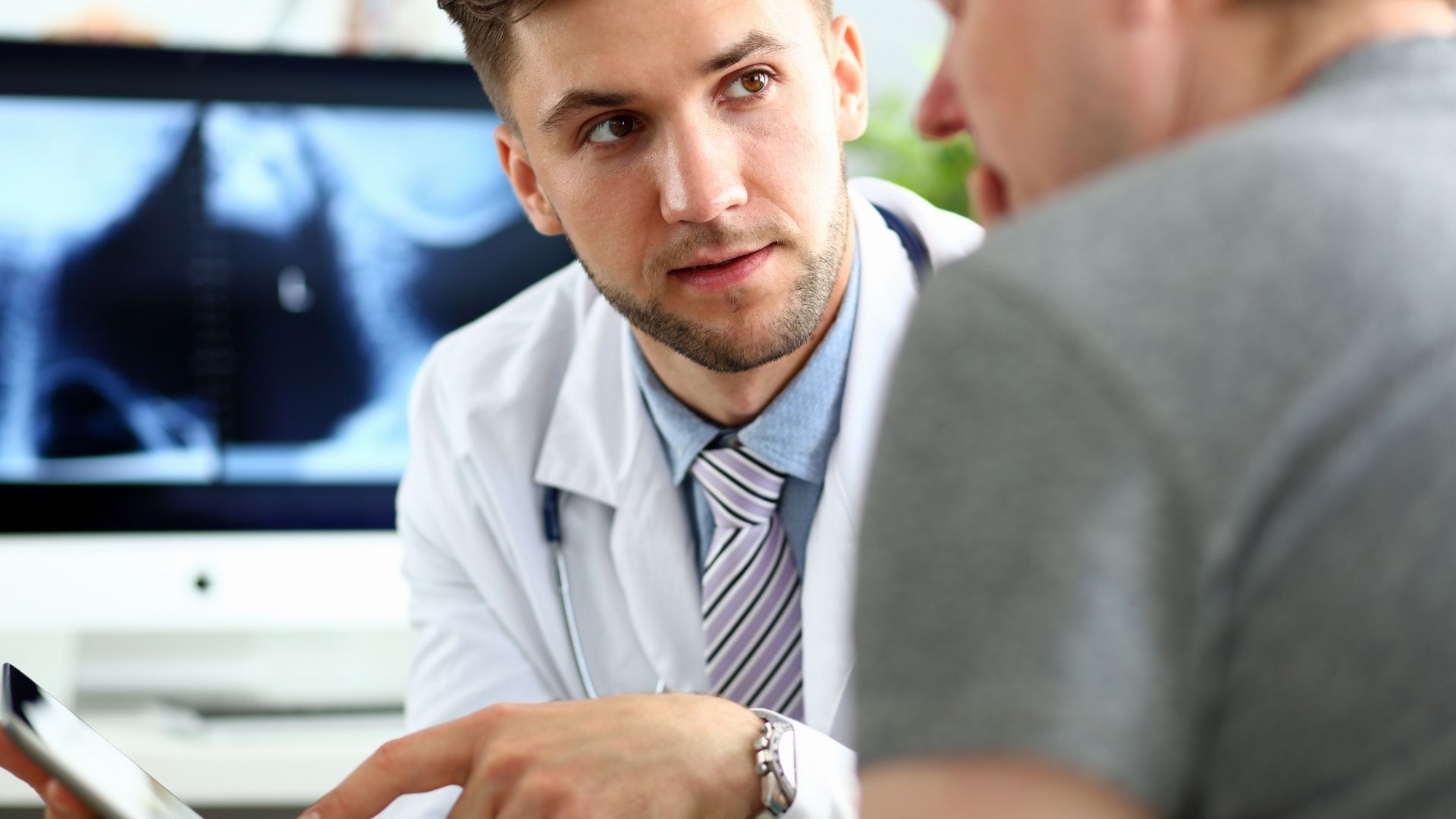 Eric came to me complaining of chronic blushing, social anxiety, procrastination, depression and hopelessness about his future.

With difficulty he finished his four years at CU, our local Colorado University, though now he had been out of school for the past year.

He wanted to go on to graduate school, but a year earlier broke down and completely froze in the interviews. He was now totally afraid to try again. He was apathetic about his future, yet he agreed to allow me to try to help him resolve his chronic blushing and social anxiety, along with his fear of public speaking and giving presentations.

Here are some of my notes written after our first session:

Biggest fear is going to graduate school, talking in front of class, and ‘Failing.’ ‘Being Incapable.’

I am going to help this young man succeed in graduate school and in life and it feels great.

I feel confident that in a little over four months (the next possible entrance date, Eric will enter and succeed in graduate school. We will resolve his social anxiety and chronic blushing, and resolve his fear of public speaking and giving presentations.

I told him to go ahead and apply now and know we will resolve this, he will be ready. I say this because I feel it strongly in my gut and intuition. And I want him to hold this idea and intention in his mind.

The real possibility of healing chronic blushing and anxiety

Why do I feel like all these clients are me? I relate to almost all of his experience and symptoms, as I do with many of my clients. Though I ran away and never even finished any college, never mind graduate school. I did not know how to get support for myself. I did not even comprehend that support existed to be had.

To help my clients succeed where I did not is a great pleasure. William will go through graduate school, become the doctor of his dreams, and have a life free of social anxiety and blushing. Fear will not stop him. This belief brings me joy. He will be able to speak comfortably in public, in classrooms, in interviews, in his work, and in his social life. I am very excited for him.

We ended up having fifteen sessions before the start of graduate school, and nine sessions during the first semester before we completed our therapy together. Here is a synopsis of our work together:

As in most cases of severe social anxiety and chronic blushing, we are conditioned earlier in life, usually while growing up. Most of these cases are linked to Complex PTSD. We need to explore what is going on in the present and find out how it relates to earlier experiences. One issue we discovered that contributed to Eric’s stress and anxiety while growing up was his mom and dad fighting. He had memories of hiding in his bedroom and being scared. For many years he lived with a fear that his parents might divorce.

Eric was particularly cut off from his body and breath. We spent time in each session coaching him to breathe, increasing his mindful awareness, increasing his capacity to locate sensations and feelings in his body. He continued to practice this breathing and body sensing work daily at home. This helped him to progress more rapidly.

Eric was surprised when we first began to work this way. It was opposite what he had been doing to manage his anxiety. As he said, “I always cut off from my body and emotions and thoughts, in order to keep calm.” As Eric and many of my clients end up realizing, suppressing or dissociating from the body does not lead to keeping calm, it leads to greater distress and anxiety. Though dissociating from our negative feelings and body is what most people do. Unfortunately, too many therapeutic methods reinforce this tendency by taking too much of a cognitive approach.

What feelings are being suppressed in social anxiety?

The question in my mind always is: What feelings and experiences are being cut off from and suppressed? More importantly, my focus is helping my client to somatically focus, sense, feel, accept and surrender the emotions they have repressed and suppressed. Learning to no longer suppress and repress feelings is key to our success.

Over time, by practicing at home a few times day, Eric was able to observe and become conscious of his tendency to hold his breath, to brace himself and defend himself against feeling his feelings and emotions. He learned to be open and to become comfortable in his body, feeling the sensations and remaining conscious of his feelings. Perhaps when he was young it was a good strategy to do the opposite, so as not to feel his parent’s emotions and fighting, and his own feelings in response; it did not feel like there could be any resolution then.

Eric felt scared and did not feel he could speak to anyone about it. Cutting off from his feelings had become a chronic habit and he was walking around very constricted. This was observable in the tightness and stiffness of his movements and monotone way of speaking. He also had very shallow breathing, a fast heart rate, and chronic tightness in his chest and shoulders. Over the course of our therapy this all released and he was far more comfortable and relaxed in his body. He became more expressive and free in his speech and movements.

Another idea Eric carried was not wanting to allow anyone to know he had anxiety or fear. He did not want anyone to know he “has any weaknesses.” “Men are not weak,” he stated. These types of messages are very common. Most highly anxious people (especially men) fear showing vulnerability, fear sharing their feelings. It makes sense, being in an unsafe environment in the past, being vulnerable and showing feelings could lead to more attack and greater suffering.

Boys and men are also taught not to show vulnerability and feelings. Though at this later point in life, this habit and defense is now creating a cycle of anxiety. He needs to learn that it is now safe and wise to connect with his body and feelings. As well as to learn to articulate and share them. A good relationship with an understanding and empathic therapist provides an opportunity to reestablish trust and helps the client become comfortable with being vulnerable and sharing feelings.

One thing Eric came to realize is that he had “predetermined that things will go wrong,” and that he had “written himself off.” We explored how this was a response to his childhood experience in relationship with his parents, as well as all the humiliating blushing and social anxiety experiences he had over many years in school. As I often do with clients, I explained how his thoughts based on past experience were now creating defeating emotions and anxiety. And that his past no longer had to dictate his present reality. These thoughts were no longer serving him. This type of education can be very helpful at this stage.

A few months into our therapy I connected Eric to a ‘Glickman Speaking Circle’ group. Attending these groups further increased his confidence. These types of supportive group experiences are very complementary to individual therapy and I encourage them when the timing is right. From time to time I offer groups as well as individual therapy and coaching.

I also educated Eric about his diet and about how basic nutrition could help calm his anxiety, improve moods, memory and concentration. He felt these suggestions helped him a lot.

Other ideas that were keeping Eric from being comfortable in himself was that he had “to please others,” and that he, “needs to hide being nervous,” and that, “you have to know what you are doing when a doctor.” He was putting a lot of pressure on himself, deciding how he had to be in the future. He had a lot of ideas about “acting the part,” and being perfect. Again, all very common themes with socially anxious people.

We did some gestalt therapy work where William eventually was able to tell people off. He imagined them before him and told them to go “F… themselves,” that he was going to be himself, not please people anymore, he was “Not wearing a mask anymore or pretending to be confident and all that BS!” This was a major turning point in his therapy and life. He finally really got the game he had been up to and freed himself.

There were other factors we explored that contributed to his self confidence issues concerning some past teenage use of drugs, girlfriends and such. One by one we processed these events and relieved him of the past and rebuilt his confidence. He came to realize he was self-medicating himself to deal with his anxiety and fear, and numbing himself. As a result, he chose to give up all use of drugs and excessive drinking, and his self confidence continued to rise.

We processed his interactions with teachers and students. We role played. We even practiced giving presentations. We took many creative approaches, including making all kinds of sounds, toning, making faces, clowning around in order to disarm his fears and anxiety; loosening him up, so to speak. We worked with connecting him to his voice and his sense of his body. Over time he became far more comfortable and relaxed, losing his self-consciousness within our therapeutic relationship, which then translated over into all his life relationships.

Today, Eric is a practicing doctor and a confident man. His social anxiety and blushing is a thing of the past. It has been some years and he just read and approved publishing this. He said, “It reminds me how far I’ve come.”

I just wanted to reach out to thank you for your counseling you provided while I was first going into graduate school. You helped me find confidence in myself and get a hold on my anxiety at a time that I was unsure I was capable of going through with continuing school. I’m writing you to let you know that I graduated this week from the CU graduate school as a Doctor of Audiology in the class of 2020. I am now working as a federal audiologist helping Veterans with hearing loss. This would not have been possible without your counseling sessions. I continue to use the things you taught me in those sessions to deal with stressors, to this day. I’m counting the blessings in my life and reaching out to people that have helped me along my journey, and you were one of the first on that list. Thank you for all you do and the impact you made on my life. I hope this finds you well and certainly have you in mind if I am looking for counseling in the future.